The UP Diliman USC is calling for Mass Promotion. Do you agree? What do you think are other options?

Meeting of all chancys (chancies?) across all UP units on Monday. Final decision rests with BOR.

In one of my courses this sem, dalawang reports na lang, and research paper submission and presentation na lang and we’re done.

Not too warm with the option to mass promote students. It’s disservice to those who are taking important prerequisites to major courses. Freezing the sem until things “normalize” is a shiny option for me, but then - nobody knows when this return to “normal” would happen (and what kind of normal it is).

If they don’t want a sem extension or restart, imbes na online classes, modules ang approach. They only need to download materials once, submit requirements in bulk. Still needs Internet but on much less occasions. It’s still hard to study through this crisis but students need to make adjustments din talaga. 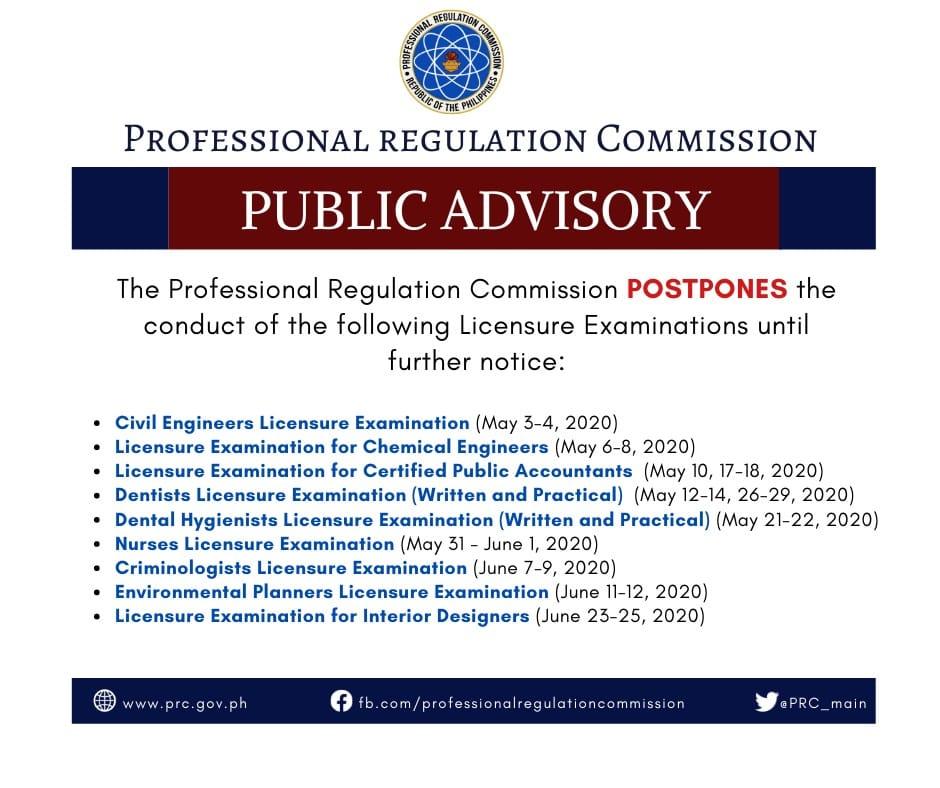 If they don’t want a sem extension or restart, imbes na online classes, modules ang approach. They only need to download materials once, submit requirements in bulk. Still needs Internet but on much less occasions.

Wow, I don’t recall this being among the options presented in the sensing forms! But this is most sensible.

Me and my classmates are still waiting for updates, post- chancellors’ meeting…

Did they do the surveys online only? Because that would be weird if we’re trying to check access haha. Hopefully they also did by mobile. I only received the Internet Connectivity survey from OUR (which is funny because if you don’t have Internet, how could you have answered?

) And the sensing survey from our college. Not sure how the USC did theirs, but our college asked about using the midyear term so they’re probably considering continuing classes into that term. (We don’t have undergrad though so technically none of us really have midyear classes.)

I’ve been checking comments elsewhere and one of the points raised that was revealing to me is that some less privileged students think that a mass promotion will only tax them once they take the higher classes–it might get them delayed anyway and it will be on their record. So a sem restart will actually be better all things considered.

The suggestion kasi is revise curriculum such that what students missed this sem will be “phased through” the following semesters or taken in seminars. Just from among my friends in the faculty, the ones who agree with this are from CAL or CSSP. But I wonder how the CS/Econ/BA/Stat peeps figure in. Because I really can’t imagine how you can phase through half a semester of Math 17 or the 50 series. Physics. Chemistry. Econometrics. And more. Your brain can only handle so much and those subjects need ample time for learning and practice. The labs pa! Wow, gulo.

Isn’t it more stressful to be on catch up mode until you finish your degree than work on a way now to still study during this crisis? We just need a more equitable way to go about this. Otherwise, sem restart nga. Hopefully the PAC came up with something.

Did they do the surveys online only? Because that would be weird if we’re trying to check access haha.

That was what I was thinking too. I saw the results from USC’s remote learning survey, in which only 36% of the student population were able to answer the survey. Only a few have no access to the internet (assuming this number safely represents the student population; they also said that students were contacted thru SMS as well). With that, maybe continuing with online classes is a better option. I read that another university had offered device rentals to students. Baka pwede ring i-apply sa atin yung ganun…

Our daughter is in UPIS, they were supposed to have their 3Q exams the week they started class suspensions. Personally, I don’t want them to do mass promotion, ang hilaw ng dating.

I read that another university had offered device rentals to students.

Recommendation of PAC below. BOR yet to release final decision on this: 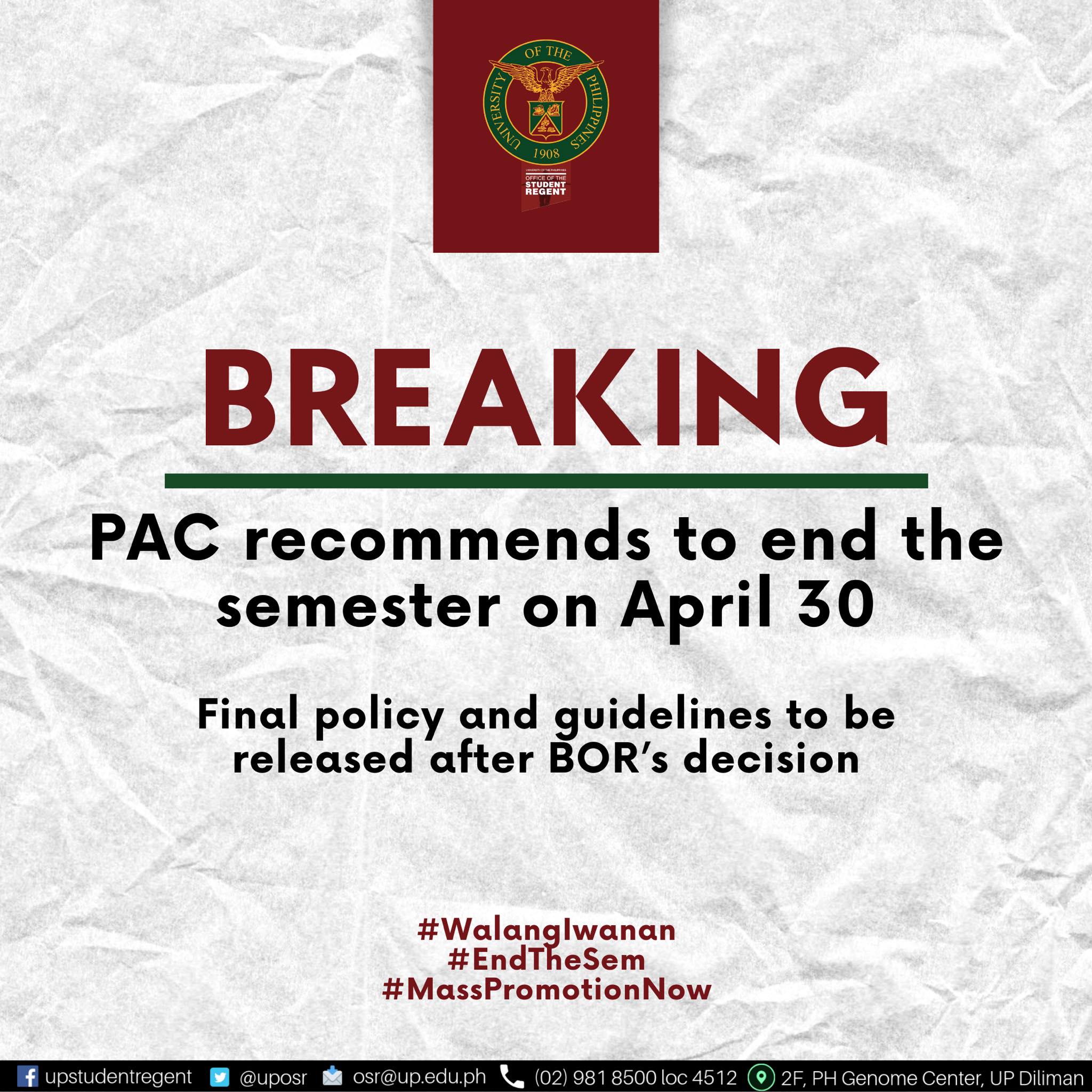 UP Office of the Student Regent

BREAKING: PAC recommends to end the semester on 30 April 2020. Special considerations to be given for specific cases. Final policy and guidelines to be released after the Board of Regents decides on...