On Death and Dying

Do you believe that once you’re six feet below the ground, that’s it?

Always been afraid of dying. Lalo na ngayon na pandemic and tumataas na numbers. But am sure that there is life after dying here on earth

Interesting. I have always been intrigued. What made you believe that there is life after death?

Relating to death, may “When I die file” ba kayo? Lahat ng huling habilin, bank accounts, important docs etc? I bought a notebook na may template na for this, haven’t had a chance to fill it out yet.

I think when your heart stops beating and the brain waves also abate, that’s it, for your meat suit. Your organic being yields to entropy.

But I’ve always been curious - what happens to thoughts? I’m inclined to believe that thoughts are energy. And energy cannot be destroyed. I wonder what happens, to thought-energies, when the body goes back to the elements.

In 2006, my grandpa died. We were close since I was his only grandchild. We were trying to make it to the hospital in time to at least say goodbye, but we got stuck in traffic. Sitting in the car, I suddenly felt this tingling sensation on the left side of my head, as if an invisible hand was stroking my hair. And then I scented him. And I knew that he was trying to communicate with me. I knew then that he had passed into Non-Physical.

I dealt with his physical absence by continuing to talk to him as if he were there. It comforted me greatly just by doing that. UAnd other family members and family friends had sightings of him in the places that meant something to him.

And whenever I think of what he would say, or if I suddenly found myself making a pun, because he loved making puns, I would feel his presence, that same light, loving, funny energy he had, and I would know that he was right there with me.

So I know that death isn’t the end. I know the eternal nature of my own being. It also doesn’t hurt that from time to time, I would get flashes of memory from one of my past lives.

I’ve been here before, and when I shed this bio bodysuit, my consciousness will continue on and I will get a new bio bodysuit.

Probably because of religion. I believe that no matter what, am going somewhere after death.

They say that some animals, including dogs, know how to mourn when someone dies. Baka people get reincarnated into animals after they die. Or turn into a new person

It does sound exhausting. I’ve never thought of it that way.

I’m more afraid of being old and useless than of dying, tbh. Sana lang no pain or prolonged suffering.

Relating to death, may “When I die file” ba kayo? Lahat ng huling habilin, bank accounts, important docs etc? I bought a notebook na may template na for this, haven’t had a chance to fill it out yet.

Where did you get the notebook? I don’t have a file but I’ve been thinking of making one.

I bought from a friend. 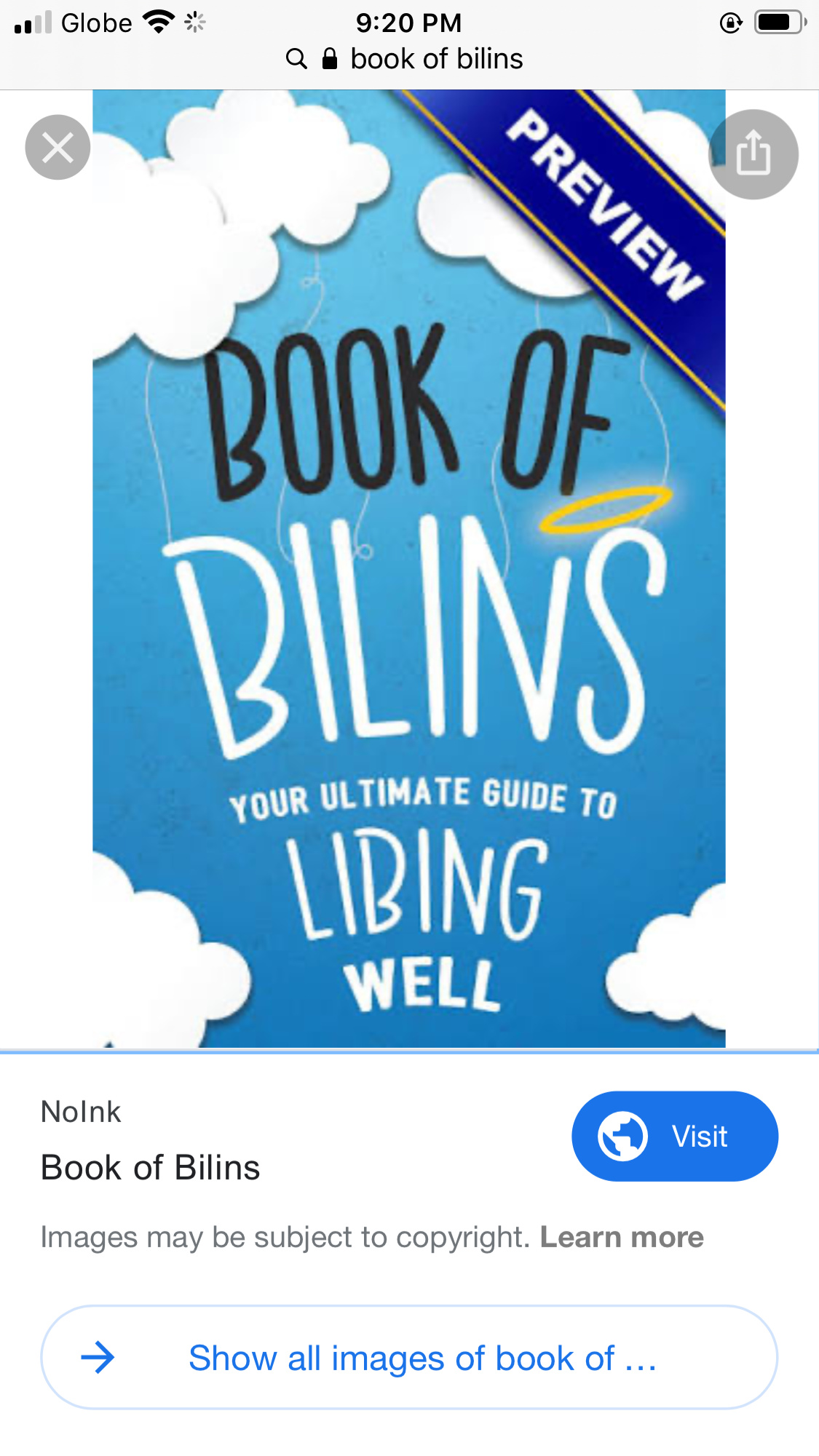 I made a will last year as per the advise of my financial advisor/kumpare. Sumakit kamay ko sa 8pages long na yellow pad paper. Better daw hand written e. I also keep a small notebook with all my online accounts and passwords which I update regularly (forgot password kase ako madalas). All my relevant papers are filed in different folders and in 1 box for easy navigation

Regarding life after death, I want to believe we evolve into something else. Another energy form.

Share ko lang I have a friend who knows all about my finances (bank accounts, real estate, shares etc.) I prepare a summary for her every year, and she gives me hers din. Pangako namin sa isa’t isa we’ll help the other’s family managing the estate in case one of us dies. Medyo kakaibang set-up but I feel comfortable kasi finance din background nya so she’ll be able to give good advise if needed. I did this when we were a bit active sa pag-akyat sa bundok (you’ll never know di ba

Question: Is it better to write your will with a family member? Or better to do it alone?

I involved my cousin, he doesn’t know the details but I told him I will name him as executor (you have to get the sss ID and address kaya sinabi ko haha). Initially he was worried kase alam dae ba ng parents and sibs ko na di sila ang executor ko. I said it simply - patay na ako magagalit pa ba sila sa akin at magtatampo pa ba? Plus I asked him lang until my daughter reaches legal age so sabi nya di naman masyadong likely pa na may mangyari sa akin.

My parents died suddenly one after the other in 2013. My aunt was the one who took care of their will. I know that since 2005, my parents had it done, with the last modification from my dad when he got cancer in 2012. The year after my folks passed away, I had my will drafted with the same aunt plus an uncle who’s a lawyer. I do have to update that now kasi I did my will when I was single and it didn’t cross my mind I would get married.

As far as death, it’a more of the physical body giving up. You then move on to another realm. Like other posts earlier, paminsan ramdam ko yung presence ng dad ko. Before I gave birth, parang ramdam ko yung lakad niya in my apartment na parang he’s checking on things. Didn’t know na maaadmit na ako that late afternoon for an emergency C-section.

Did you also include in your will kung sino mag aaalaga kay little girl if you pass while she is still a minor? Who can control her finances, has access to important papers and can make major decisions for her? Thats the most important part of my “will”

OnT: It makes me sad to think na youre just gone when you die because I have a niggling fear that it really is what happens. Kasi all the afterlife stuff I have ever heard are all man-made constructs, the proverbial sugar to make it easier to swallow the pill of everyday life and disappointments.

It sounds so pessimistic but i dont feel pessimistic; it actually inspires me to make the most of my time with friends and loved ones. Also helps me in seeing what’s essential and what/who I can let go of.

I dont believe that there is an afterlife, or heaven or hell. But I hope Im wrong about heaven.

OnT: It makes me sad to think na youre just gone when you die because I have a niggling fear that it really is what happens.

The thought is frightening to say the least especially when you’re not ready to go. I already had two near death experiences and it has really altered my view on what’s really essential and why it’s really more important to have a purpose led life than one that’s just obsessed with accumulating money and material things…

Yes, I listed all my assets (may s pero parang wala din haha) and insurance/s. What should be used for what and which gets used first. Explicitly andun first thing to go is the car/vehicle I have cos no one drives

at home. And nobody can sell the house

Yeah, when we die, that’s it. It’s not a comforting answer, but it is what it is. We may live on, as an idea or a thought carried fondly by our friends, but I don’t think it goes any further than that.

When my daughter recently asked me why I don’t fear death (I’m a frontliner and serve in the military - taking care of sick people, deployments and going to war zones are what we signed up for), I told her death is inevitable. Final. Irreversible. Nothing left but dust. I explained this is my belief, and why it’s important for me to give my best every day and to live my life with intention and purpose.