It’s your corps, my corps, the best corps! The UP Cadet Corps!

I heard nga na voluntary na ang ROTC and from my Vanguard friend, maganda na ang training program at enthusiastic ang mga sumasali. Unlike nung time namin nung 90s. Back then we just wanted to just get it over and done with. Incoming COC officers are just basically drafted, i.e. they basically pass out a sig-sheet and sign your name if you were an officer back in HS or in the Boys Scouts. I got drafted but dropped out. By the second sem though, my friend CO recognized me and another guy and made us platoon sergeants. Then something happened during the second year, 2nd sem (there was a dearth of officers) and all COs & NCOs were promoted to a higher rank. By the time of graduation I was now a P2LT and in command of the company as my CO friend got kicked up the ranks. He invited me to sign up for the rest of the program, promised to go easy hehe as I practically know everything anyway. BUt I said naah, I’m done, besides I need to go full-time student already.

Last year there was alot of noise about ROTC becoming mandatory again. And there was alot of clamor for it, especially among millenials. But I’m not for it, at least not in the way I remember it. Don’t get me wrong I am for national defense. But not in the way ROTC was run back then. For me its either you keep it voluntary like now (which is going great in terms of training), or you do it like SoKor, Singapore or Israel where very few exemptions and completion opens up opportunities in terms of employment when you get out. I also suggest a parallel civil defense program (rescue, fire fighting, EMS, etc.) for those who find serving in the military contrary to their religious or moral convictions.

As someone who really loved and enjoyed the training and how the corps was run during my time, i’m also against it becoming mandatory again!

I got nominated by a HS classmate who was in ROTC. I loved the UPCoS uniform - creamy, classic elegance, powerful. It was really my main motivation at the start.

I showed up at the Interview and that year was the best year of my life (I was the youngest sponsor of our batch). I learned about worksmanship, attention to detail, how to handle your self when meeting with different people - from UP president to government officials, to the cleaning people of DMST. I learned that being a woman is full of power and you must handle yourself always with grace under pressure. I learned how to give importance to the smallest detail and to have foresight in everything you do.

We are the best buds with the corps. The officers were all good to us and we get along very well. Great friends I’ve met along the way.

I am proud to be part of the UPCoS. It was an adventurous and an honor.

I was also nominated a year after i was with ROTC! Passed the interview, attended trainings, but i backed out eventually. Akala ko kakayanin but i was already in fourth year then so pre- thesis na and sabay sa practicum.
But that was really the dream.
Super hanga ako sa CoS, ma’am! Ang bagsik ng training haha!

had the privilege and honor of donning it a handful of times pag nangangailangan sila ng extra. My favorite was during UP’s 99th Alumni Homecoming back in 2012. Kapuy lang yung matagal nakatayo at naka heels 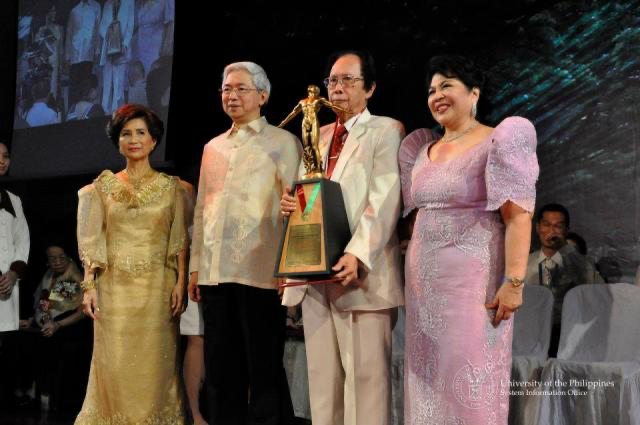 Then back on the heels again and stand proudly under pressure.

Smile and walk gracefully, carry yourself well under any circumstances.

The fact that the main proponent is a shirker and malingerer does not help.