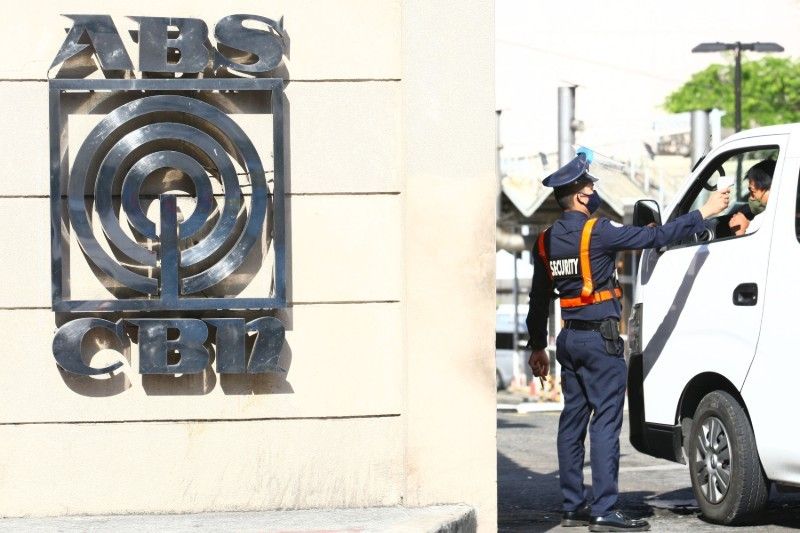 "The posted content is not in any way an official statement or an opinion of the PCOO. The issue regarding ABS-CBN's Corporation's network franchise remains in the purview of Congress," Presidential Communications Secretary Andanar said.

Some accountability would have been nice.

It’s not in their interest to be truthful about their motives, PCOO has a mandate to spread propaganda and they actually got mainland China training to effectively do their “jobs.” This is not surprising and to expect them to behave ethically is futile…

By the way, why is there an anti-communist task force? If the government really want to eradicate communism in the Philippines, isn’t this the job of the AFP? (Granted, they have been failing at this for the past 50 years, but whatever). 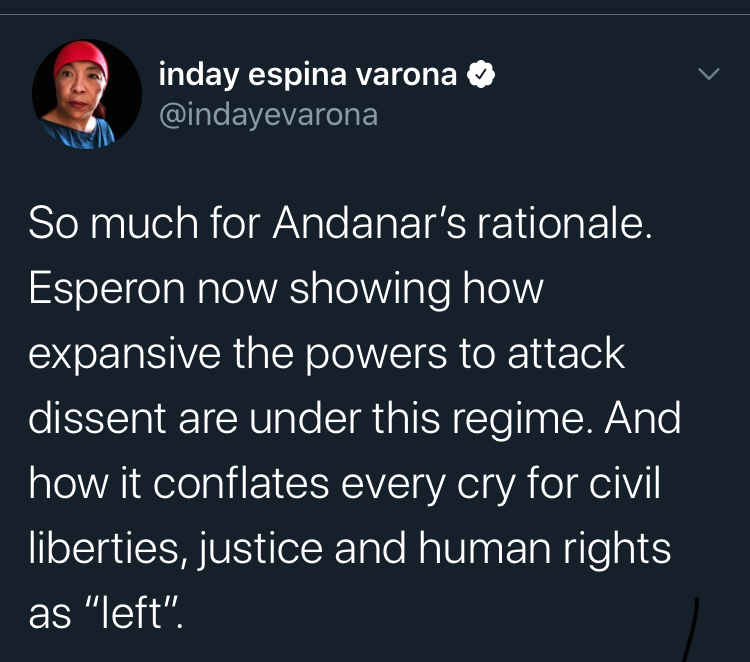 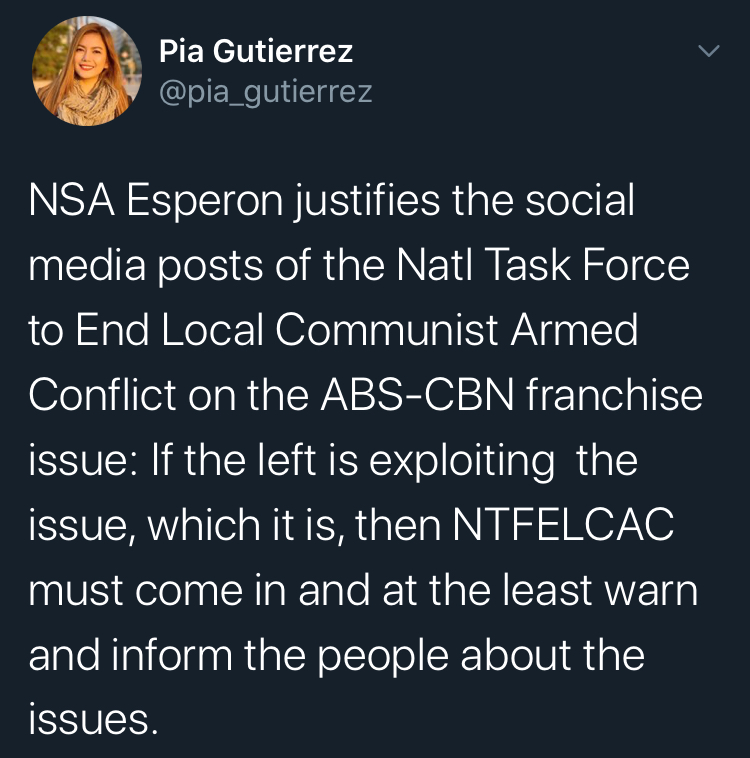 I recall there was a thread in Peyups 1.0 about the Eggsperon incident. I may or may not have said something controversial in that thread

That’s an underlying problem with NTFELCAC. Partisan political activity, right there, prohibited under Civil Service laws. There’s a part of the Left that’s fully within the legal framework. Further proof that the NSA doesn’t understand domestic terrorism as much as we need them to.